The nesting box hasn’t changed places in its second year. However I improved the roof by adding a larger plank to it because I suspected the roof to be not rain-tight.

Around Easter I noticed activity but wasn’t able to determine which kind of bird it was, but I saw that these weren’t blue tits.

It wasn’t until Pentecost (May 19) that the feeding activity allowed me a closer look. With the help of my father-in-law we found that it was a Nuthatch family. To be more specific, the Eurasian nuthatch. Here is a video and some pictures I took which show the parents in action. 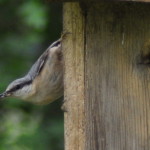 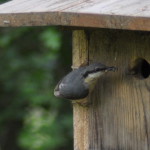 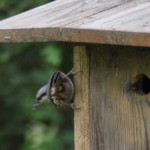 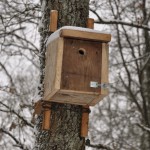 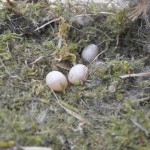